Have a look at analytics.usa.gov. You’ll see statistics for the aggregate of most federal government websites: Number of Visits, Top Pages and Domains, Visitor Locations, Top Downloads, Devices, Browsers, and Operating Systems.

Thanks to Steve Gibson of grc.com.

While verifying quotation authenticity, I found a useful — and delightful — website, quoteinvestigator.com, which tries to chase down the origins of quotations.

The most recent entry quotes an aging W.C. Fields, when discovered reading a Bible, explaining,

A 2016 HBO documentary, Hacking Democracy, discusses voting irregularities and the ease of hacking the results of electronic voting systems:

It introduces Bev Harris, a 52 year old grandmother who stumbled upon evidence of vote tampering. She went on to create Black Box Voting, a nonpartisan investigative reporting and public education organization for elections.

Apparently these Diebold machines employ a Windows NT operating system.  Here’s an excerpt from a Security Analysis of the Diebold AccuVote-TS Voting Machine: “Simply put, many computer scientists doubt that paperless DREs [Direct Recording Electronic voting systems] can be made reliable and secure, and they expect that any failures of such systems would likely go undetected.”

Despite these problems, we believe that it is possible, at reasonable cost, to build a DRE-based voting system—including hardware, software, and election procedures—that is suitably secure and reliable. Such a system would require not only a voting machine designed with more care and attention to security, but also an array of safeguards, including a well-designed voter-verifiable paper audit trail system, random audits and forensic analyses, and truly independent security review.

In this video, Clint Curtis, a Florida-based computer programmer testifies to the U.S. House Judiciary Committee about vote tampering in software:

It’s much easier to audit a paper ballot system. Computers are faster than paper, but, to at least some degree, vulnerable to hacking. 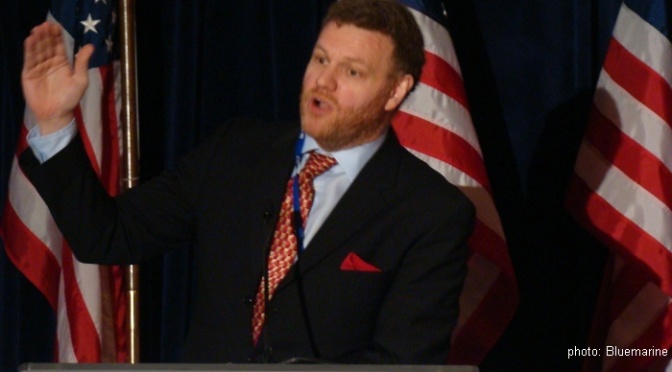 I like Mr. Steyn’s witty observations in this video and his skillful use of language. I agree; multiculturalism is a denial of reality.

Update, in the wake of the bombings in Brussels: In his March 25 2016 article, Mr. Steyn highlights the stupidity of the EU’s suicidal immigration policies (if you can call them that): “Europe would rather destroy itself than retreat from the delusions of multiculturalism.”

I thought that Kasparov confined his commentary to the former Soviet Union, but he just published a thoughtful DailyBeast article titled Hey Bernie don’t lecture me about socialism. I lived through it. He’s seen both capitalism and socialism from their insides and I respect his opinion of both. He argues that only capitalism encourages innovation, which enriches everyone.

When I was a young teenager, listening to shortwave radio broadcasts from many countries taught me that the news that’s presented by what’s now called mainstream media (MSM) is rarely the whole story.

Thanks to Twitter, YouTube, and other Internet based outlets, now we can hear firsthand accounts from eyewitnesses without the MSM filters. Here’s one firsthand report on reddit: What really happened at the Chicago rally 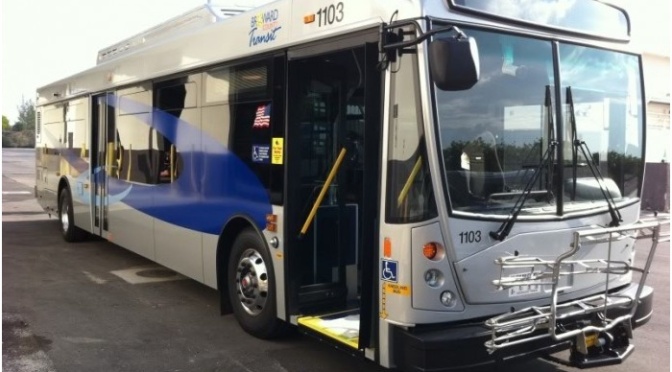 By using MyRide to know when the next bus is going to arrive, you can minimize time spent waiting for a bus. You will know when to leave home or the office in order to meet the bus.

In addition to using the dedicated smartphone app, I hope that riders may use universal apps such as moovit to display arrival information.
The system sounds terrific.  According to its vendor,

ISR FleetTrack Passenger Information Software is a flexible system for the creation and broadcasting of transit related content to provide dynamic passenger information at stops, shelters, in-vehicle, terminals and any other point of presence such as:

The information is transmitted from the ISR FleetTrack Server to the SPM (onboard computer) online via cellular communication, then passed on to the information display. This includes information such as:

Route – entire route path and destination stop is represented, not just the next stop.
Journey times – passenger knows how long his trip is predicted to take.
Transfer advice – informs the passenger of the possibilities for changing to different modes of transport.
Transfer times – indication of the next transfer times for buses, trams and trains simplify the journey for the passenger.

The system is being installed by Integrated Systems Research Corp., a company that’s headquartered in Israel. Their U.S. headquarters is in Baltimore, and they’ve opened an office near Fort Lauderdale. Also, isrfleettrack.com Here’s ISR’s video:

I know nobody within the Broward County Transit Authority, so I’m just guessing based upon what I can find on the web. Apparently this kind of system is called an intelligent transportation systems (ITS). It appears that ISR’s ITS is a complete fleet management system that will include

This system — if it works — could be terrific. We’ll see. If it succeeds here and elsewhere, it could help fix our transport mess.

Are you confused by the FBI vs Apple dispute regarding Syed Farook’s iPhone? I am.

In an excellent article published today, Cnet neatly summarized the delicate position in which Apple finds itself, following the issuance of a court order that compels Apple to help authorities unlock the iPhone 5c that was used by Islamic terrorist and mass murderer Syed Farook.

If Farook chose a strong passphrase, it could require thousands of years for most computers to decrypt his data. It appears that the FBI has serious horsepower to throw at this task.

Maybe George Carlin can bring some sanity to this:

Next week, the Paris Climate Change Conference begins. It’s basically a waste of time and money because anthropogenic global warming is an imaginary problem. One hidden agenda is the transfer of wealth from developed nations to less developed nations. Another is the transfer of wealth into the pockets of scam artists such as Al Gore. I wish that the conference would listen to, among others, Patrick Moore and Freeman Dyson.

Dr. Moore argues that the earth’s climate has ALWAYS changed, and that carbon dioxide is good for all life on our planet. Broadly speaking, his argument agrees with that of eminent mathematician and physicist Freeman Dyson, who’s studied global climate since the 1970s, while a professor of physics at the Institute for Advanced Study in Princeton.

I don’t know much about Dr. Moore, but I’ve long admired the independent thought of Freeman Dyson. When he speaks, I listen (and watch):

In a discussion about global warming stupidity, Professor Dyson confesses,

Thank you for your message and for the blog. That all makes sense.

I wish I knew how to get important people to listen to you. But there is not much that I can do. I have zero credibility as an expert on climate. I am just a theoretical physicist, 91 years old and obviously out of touch with the real world. I do what I can, writing reviews and giving talks, but important people are not listening to me. They will listen when the glaciers start growing in Kentucky, but I will not be around then.

With all good wishes, yours ever,
Freeman Dyson. 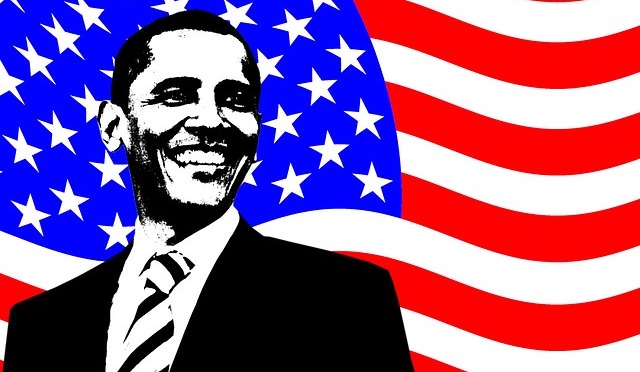 Vladimir Putin, overheard in conversation with colleagues at the recent G20 meeting, referred to an image of Barack Obama on a video screen and laughed, “He’s a child . . . he’s a child!”

Indeed.  West Africans use a simplified version of English that includes nouns that succinctly describe personalities.  I’ve already identified Mr. Obama as a confusionist.  Another apt west African tag is small boy.  (In contrast, a true leader is a big man.)

I was puzzled at first by Obama’s refusal to utter the phrase “radical Islam”, his seeming lack of empathy for the victims of Friday’s massacre in Paris by ISIS, and his insistence that the US accept tens or hundreds of thousands of Muslim refugees from Syria.   It does though make sense when we listen to his own words:

The future must not belong to those who slander the Prophet of Islam.

The sweetest sound I know is the Muslim call to prayer.

We will convey our deep appreciation for the Islamic faith, which has done so much over the centuries to shape the world — including in my own country.

As a student of history, I also know civilization’s debt to Islam.

Islam has a proud tradition of tolerance.

Putin has it right.  Obama’s reign of error is that of a child — a narcissistic small boy avenging his father.  Such a neurotic character served Shakespeare well, but is unfit to be president.

Q: How did Fibrant get started?
A: The City Council of Salisbury, NC was unhappy with the lack of broadband service provided by incumbent networks. They invested in building Fibrant as a municipal utility to encourage economic development, increase competitive opportunities for our existing businesses and to provide citizens globally competitive access to the world.

Those clamoring for fiber broadband speeds under the state’s anti-community broadband law will have to move to one of a handful of grandfathered communities in North Carolina where forward-thinking leaders actually built the fiber networks private companies are still only talking about. 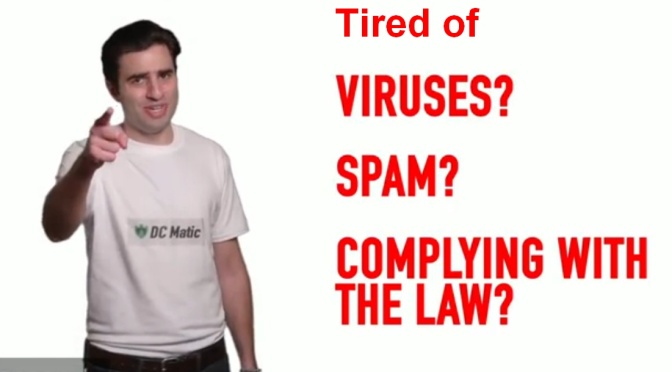 I love this parody.  It’s a humorous advertisement for your own mail server:

Do you run a government agency but hate complying with the law?  Then you need DC Matic, the Hillary Clinton-approved email server!

credit: Written and performed by Remy.  Video directed and edited by Meredith Bragg

What’s Hillary hiding?  Classified emails?  Sure.  Evidence of her negligence in Benghazi that led to the murders of US citizens?  Of course.  Security breaches via assistant Huma Abedin’s Muslim Brotherhood connections?  Probably.  No, the ticking time bomb in this server is bribery.  Maybe treason as well.  She’s hiding written evidence of her deals that traded State Department help in exchange for large donations to the Clinton Foundation and large fees for speaking engagements by Bill Clinton.

Both Swope and Obama were elected to office by fools who suffer from chronic white guilt.

The changes I’m gonna make will be minimal. I’m not gonna rock the boat. Rockin’ the boat’s a drag. What you do is sink the boat.

. . . we are five days away from fundamentally transforming the United States of America.

I did not have textual relations with that server.

Yesterday, the FBI took possession of Hillary Clinton’s private mail server. It provided mail services for the clintonemail.com domain. She, using the hdr22@clintonemail.com mailbox, apparently used it for official email while she was Secretary of State from 2009 to 2013. This is a violation of US federal regulations on preservation of government records.

It’s clear that Hillary set up this server specifically to circumvent these regulations. While Secretary of State she set up a tollbooth which collected payments from business and government leaders in exchange for favors from her department and friends. The payments were deposited in the Clinton Foundation slush fund. Of course she didn’t want records kept in the federal archive.

I don’t know the details of this server. Microsoft Exchange is popular, but a pain to configure and maintain. A Linux-based mailserver is also a pain to configure but requires less maintenance. In either case outside I.T. support is required. That party will have worthwhile information.

The server contains personal communications from my husband and me, and I believe I have met all of my responsibilities and the server will remain private.

Her dopey husband accidentally contradicted her twice when he denied ever sending any emails to anyone, ever.

Apparently her clintonemail.com server had no authentication certificate for its first three months of operation. This means that all traffic in and out of that server would have been unencrypted. Chances are good that the Chinese, Russian, or Ukraine government read some of those emails.

Lady MacClinton’s been skating on thin legal ice for years. Maybe this time she’ll not skate away.