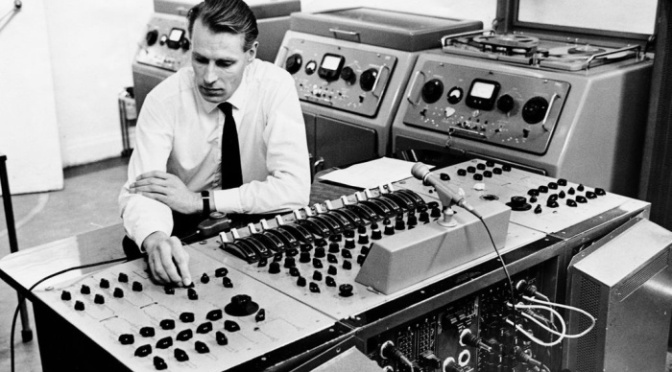 The Beatles, and the world, owe George Martin a big ‘Thank You’. 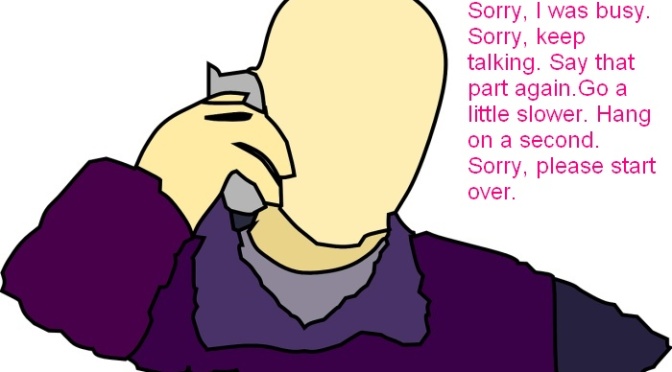 In this video, listen to the Jolly Roger Telephone robot waste telemarketers’ time.

Do you receive frequent annoying telemarketing calls? Here’s How to send YOUR telemarketers to this robot. It’s designed to keep the telemarketers on line as long as possible, to waste their time.

This clip is just one of many from Jolly Roger Telephone, which is the creation of Roger Anderson. This robot comes close to passing the Turing test. I think that it’s built on an Asterisk phone server (which is Linux-based).

Blondie video: Hanging on the Telephone

The annual Dania Beach Vintage Motorcycle Show just keeps improving each year. It’s held just one day each year in January. Dania is nestled between Fort Lauderdale and Hollywood, Florida. Admission for spectators is free. I love its family-friendly laid back atmosphere, free of poseurs and pretense. I snapped a few photos last week at this year’s event. 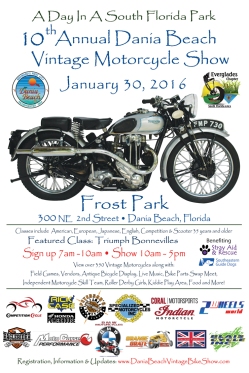 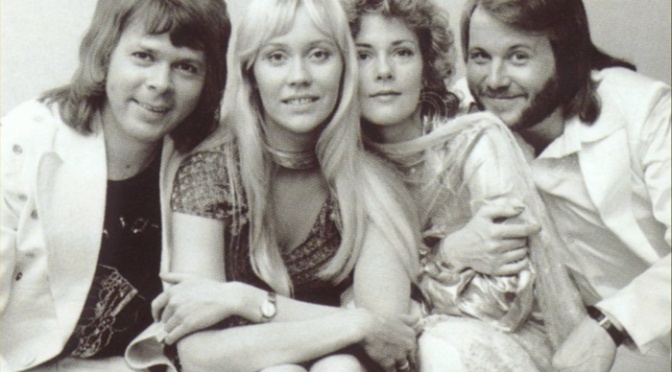 In the 1970s and early 1980s, I loved ABBA’s music. I was pleased to discover this recent critique, in both spoken and written form. I didn’t realize that ABBA were considered politically incorrect in their home country.

The world according to ABBA (audio clip)

Intelligent Life magazine‘s Matthew Sweet observes that ABBA’s songs progressed from naiveté through sophistication to melancholy. As Matthew says, “Many of their songs are about accepting the failure of relationships”.

Here’s the companion article, Thank You for the Music, by Matthew Sweet, from a recent issue of Intelligent Life. Both the article and the audio clip stem from his visit to Stockholm’s ABBA Museum.

I notice that many governments are cutting back if not shutting down their shortwave radio broadcasting operations. Shortwave radio and newspapers are both carriers of content, and both are affected by the Internet. Here’s a video from 2012 about Radio Netherlands closing its Caribbean shortwave broadcast station:

Putting all their eggs in one basket

I think that these broadcasters are shortsighted.

Providers of audio content argue that it’s cheaper to distribute their programming via the Internet. They forget that the Internet comprises many routers that reside in many countries. If a government decides to erect a firewall such as the Great Firewall of China, selected content can be blocked within that government’s jurisdiction.

One beauty of shortwave broadcasting is its simplicity. The entire shortwave route consists of only two stations: the transmitter and the receiver. Radio signals don’t respect national borders and radio jamming is expensive and never 100% effective.

In my opinion providers of other HF (high frequency: 2 to 30 MHz) services are also shortsighted, for the same reason: they’ve done away with their users’ backup systems. AT&T killed its high seas HF radiotelephone service, so now ships at sea depend solely on satellite links for shipboard telephone service. They have no backup. Ditto Loran-C: ships depend exclusively upon the GPS system for electronic navigation.

Well, both snowboarding and skiing. Reminds me of water skiing. The middle east coast states received buckets of snow this weekend and these New Yorkers made the best of it. Yes, that looks like Broadway in Times Square.

There the two musical geniuses played with the source tapes from Brian’s beautiful song, “God Only Knows”. Watch and listen to two old masters.

Who are these old codgers? Sir George Martin recorded, occasionally played accompaniment, and produced every Beatles recording. That’s Sir George playing harpsichord on “In My Life”.  It was he who gave the Beatles their first shot at recording for EMI.  Brian Wilson wrote, played guitar, sang, arranged, and produced almost every Beach Boys recording.

These two men, the Beatles and the Beach Boys, together with Phil Spector, owned the radio airwaves in the 1960s. What a treat to see these two together.

I’ve referred to (recently retired CEO) Steve Ballmer as Microsoft’s Ringo Starr, because Ballmer hopped aboard the Microsoft express as it was pulling out of the station.  Ringo was hired by the Beatles after they’d apprenticed on Hamburg’s Reeperbahn and were about to conquer the world.  I’ve underestimated Ringo’s talent.

I’ve never been especially attuned to anyone’s drumming.  For decades my faves have included Buddy Rich, Gene Krupa, and Keith Moon.  I guess that I’d just not listened closely to all those fab four recordings.  My apologies, Richie.

What about Steve? He retired ten years too late.

I just realized that I’ve not described how I listen to podcasts, recorded audio, and live radio broadcasts on my phone.

My first streaming audio experience was in 2000 with the Windows-based MP3 player program called Winamp. Its Shoutcast network of streaming sites is built upon the traditional broadcast model: content on each channel is delivered in a continuous stream. A listener may not demand or replay any content. There are (or were) thousands of Shoutcast channels. I still occasionally listen to Shoutcast streams on my phone using Winamp for Android (which may no longer be available). I wrote an article or two about Winamp’s latter day rough sledding.

I began listening to both live and pre-recorded audio with an older version of TuneIn. Its creator sold TuneIn to a company that has ruined it with too many ads and unnecessary “features”. I’ve stored an early version for Android. This older version is much better than the new version that’s available in the Android Play Store. If you have an Android device, feel free to download and install my version.

When Tunein began to degrade, I turned to Podcast Addict on my Android phone. It’s very flexible, and its many options can intimidate a first-time user. Have patience. Its power is worth climbing the learning curve. I now use Podcast Addict for most of my phone-based audio listening.

I recommend all three of these programs for Android. If you have an Apple (IOS) device, you may find better alternatives. I see on alternativeto.net that Apple supplies its own podcast program.

Tune in, turn on, and drop out in.

I love this parody.  It’s a humorous advertisement for your own mail server:

Do you run a government agency but hate complying with the law?  Then you need DC Matic, the Hillary Clinton-approved email server!

credit: Written and performed by Remy.  Video directed and edited by Meredith Bragg

What’s Hillary hiding?  Classified emails?  Sure.  Evidence of her negligence in Benghazi that led to the murders of US citizens?  Of course.  Security breaches via assistant Huma Abedin’s Muslim Brotherhood connections?  Probably.  No, the ticking time bomb in this server is bribery.  Maybe treason as well.  She’s hiding written evidence of her deals that traded State Department help in exchange for large donations to the Clinton Foundation and large fees for speaking engagements by Bill Clinton. 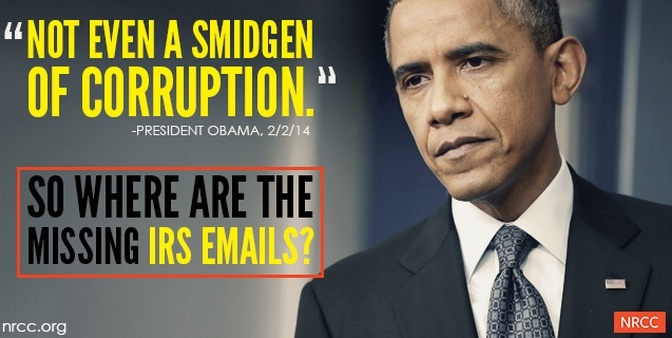 Both Swope and Obama were elected to office by fools who suffer from chronic white guilt.

The changes I’m gonna make will be minimal. I’m not gonna rock the boat. Rockin’ the boat’s a drag. What you do is sink the boat.

. . . we are five days away from fundamentally transforming the United States of America.

Why did the three moderators of Thursday night’s presentation by FoxNews and Facebook of the first 2016 Republican debate (if you can call it that) go for Donald Trump’s throat?

My guess is that, like most Silicon Valley magnates, Mark Zuckerberg (founder and chairman of Facebook) views a Donald Trump presidency as a threat to Facebook’s cozy deal for H-1B visas. He, together with Bill Gates, Sergei Brin, Larry Page, et al, wishes to continue to drive down the wages of tech workers. Not only is Donald Trump Hillary Clinton’s worst nightmare, he’s the worst nightmare for Zuckerman, Gates, et al.

(Discussion of the H1-B visa scam)

Trump has pledged to bring jobs back to America, for Americans.

A pox on both your houses

It’s easy to understand why Republicans favor legal (and illegal) immigration and work visas: they like cheap labor. (Democrats favor illegal immigration because they like their votes.)

I’m not sure which dog Rupert Murdoch and son (owners of FoxNews) have in this fight. I guess it may be because they receive major advertising income through Karl Rove’s traditional Republican buddies. The Murdochs see Trump as a threat to Fox’s juicy revenue stream.

It was clear that Fox’s Megyn Kelly, Chris Matthews, and Bret Baier were following marching orders to trash Mr. Trump. (It’s ironic that he alone was the magnet that attracted 24 million viewers.)

I thought that Mr. Trump handily dodged their bullets and returned fire just fine. Good for him. Americans need jobs.